MEMS sensor is becoming the perception core of ROA system 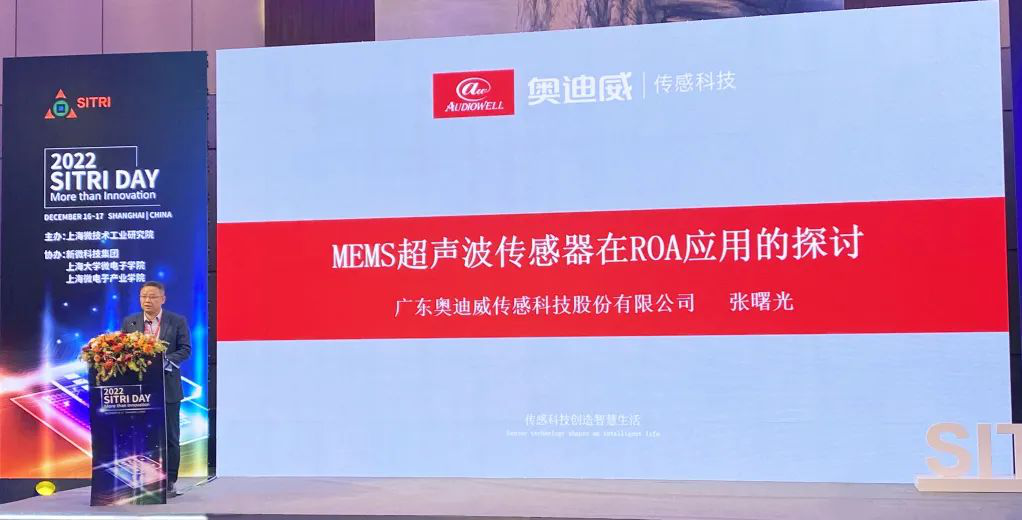 In the latest day, the "More than innovation" technology open day of 2022 SITRI DAY Summit Forum held by SITRI was held in Shanghai. Mr.Zhang Shuguang, Chairman of AUDIOWELL, was invited to attend and delivered a speech entitled "The Discussion of MEMS Ultrasonic Sensors in ROA System" to share AUDIOWELL's opinions on PMUT technology in the field of automotive intelligent cockpit.

The development of the Internet and the application of new technologies have promoted the deep reform of the connotation and extension of automotive products. Automobiles have begun to transform into intelligent terminals from the simple means of transportation. Intelligent cabin is becoming the main derivatives of the automotive intelligence. 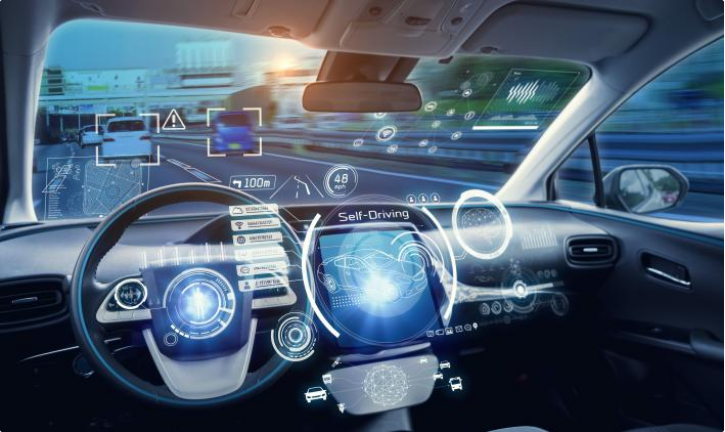 The intelligent cabin is mainly composed of three systems: DIS (Driver Interaction System), OIS (Passenger Interaction System) and IPS (Interior Perception System), which have the functions of perception, thinking, action and feedback. The ROA (Rear Occupant Alert) system in the IPS system, which is specially used to monitor the safety of rear passengers, is an important guarantee of automobile safety.

The development of ROA system: PMUT technology is becoming the trend of future

The core function of ROA system is monitoring the situation of rear cabin by sensors, mainly to detect whether children (including pets and other lives) are moving. If the system detects children's movement after the driver locks the car and leaves, it will immediately give an alarm, the car flash lamp will light up, and the intelligent system will send an alarm message to the owner's mobile phone. In addition, the dashboard will also display a message to remind the driver to check the rear cabin before leaving.

At present, the ROA system on the market mainly uses ultrasonic and millimeter wave solutions. The ROA system also has very high requirements for sensor solutions. Such as small size, good environmental weather resistance, and low cost, all these conditions are necessary, in addition hidden requirements are put forward for the protection of car aesthetics. 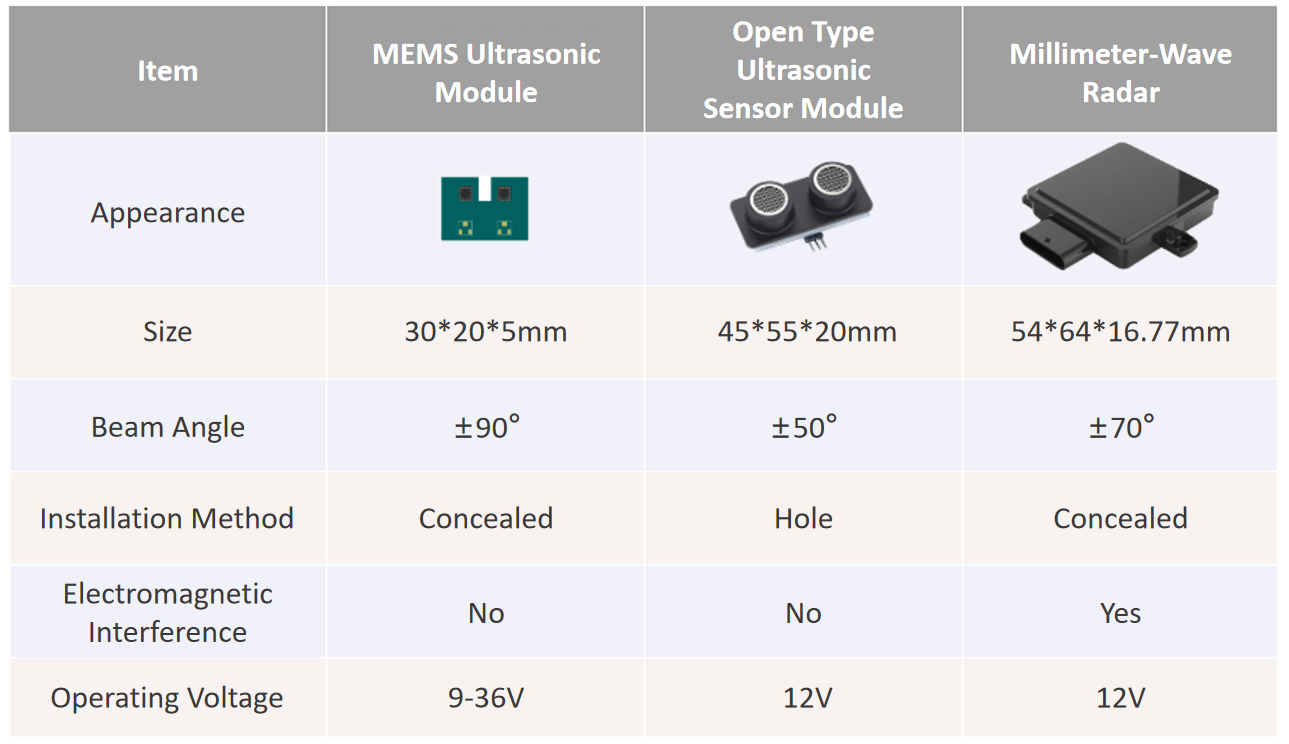 The "MEMS ultrasonic sensor solution" released by AUDIOWELL with PMUT technology can be described as a "synthesizer" of functional advantages. It is not only a prominent representative of small size and environmental weather resistance, but also an excellent representative for larger pointing angle and concealed installation.

The MEMS sensor solution includes two MEMS ultrasonic transceiver sensors. The ultrasonic signals received by the sensor are integrated with the module through the dynamic detection algorithm to realize the life monitoring function.

MEMS ultrasonic sensor has a field of view angle of 180° and a wide detection range, which is applicable to both passenger cars and commercial vehicles.

After multiple verifications, the MEMS ultrasonic solution can sensitively detect the breathing of the newborns in the car, especially for infants aged 1 to 3 years and older children. All kinds of situations such as sleeping, awake, covered can be clearly distinguished. 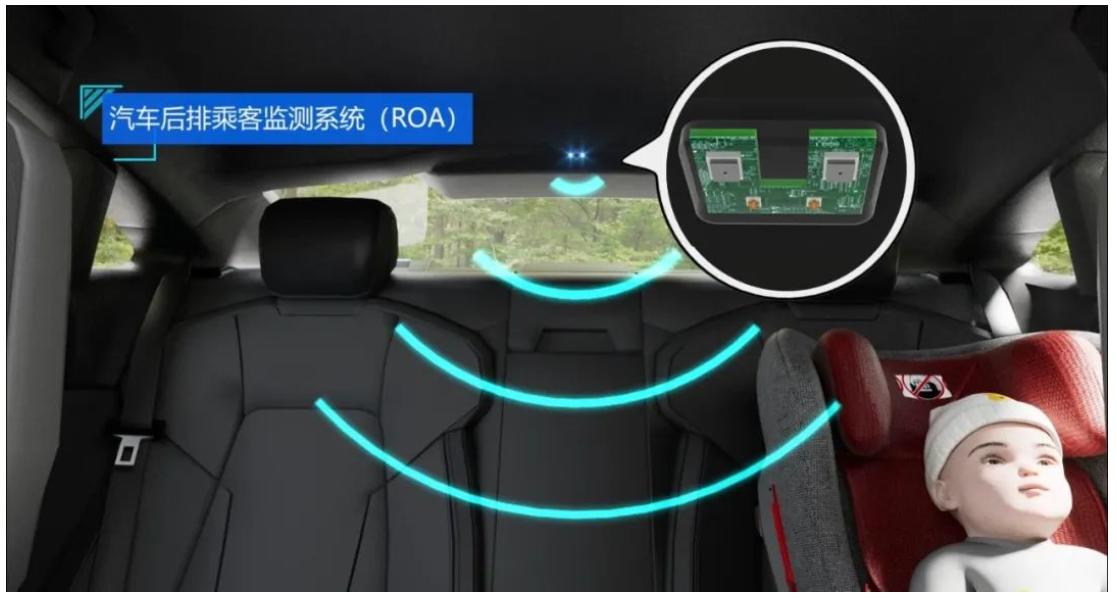 In the future, the performance of car cabin hardware, cabin software and algorithms will get better promotion. Through more mature perception and abundant interaction technologies, they will actively provide scene services for drivers and passengers. The application of MEMS ultrasonic sensors in ROA will be an important part of the technological reform.