We have specific materials that are suited for piezoelectricity applications, but how exactly does the process work? With the Piezoelectric Effect. The most unique trait of this effect is that it works two ways. You can apply mechanical energy or electrical energy to the same piezoelectric material and get an opposite result.

Applying mechanical energy to a crystal is called a direct piezoelectric effect and works like this:

That’s it, a simple application of mechanical pressure, the squeezing of a crystal and suddenly you have an electric current. You can also do the opposite, applying an electrical signal to a material as an inverse piezoelectric effect. It works like this:

The inverse piezoelectric effect is used in a variety of applications. Take a speaker for example, which applies a voltage to a piezoelectric ceramic, causing the material to vibrate the air as sound waves.

The Discovery of Piezoelectricity

The sound waves travel through the water until they hit an object. They then return back to a source receiver. This receiver uses the direct piezoelectric effect to convert sound waves into an electrical voltage, which can then be processed by a signal processing device. Using the time between when the signal left and when it returned, an object’s distance can easily be calculated underwater.

With sonar a success, piezoelectricity gained the eager eyes of the military. World War II advanced the technology even further as researchers from the United States, Russia, and Japan worked to craft new man-made piezoelectric materials called ferroelectrics. This research led to two man-made materials that are used alongside natural quartz crystal, barium titanate and lead zirconate titanate. 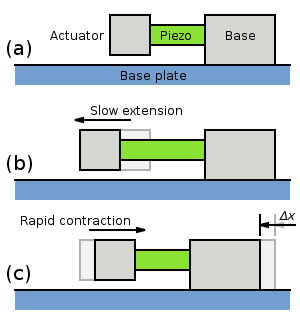 Speakers use piezoelectricity to power devices like alarm clocks and other small mechanical devices that require high quality audio capabilities. These systems take advantage of the inverse piezoelectric effect by converting an audio voltage signal into mechanical energy as sound waves. 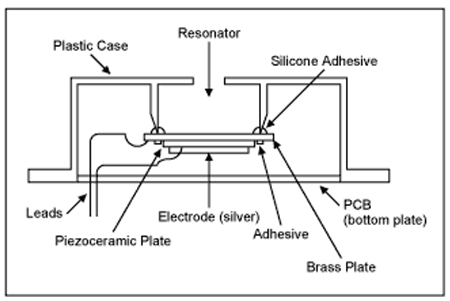 Drivers convert a low voltage battery into a higher voltage which can then be used to drive a piezo device. This amplification process begins with an oscillator which outputs smaller sine waves. These sine waves are then amplified with a piezo amplifier.

Sensors are used in a variety of applications such as microphones, amplified guitars, and medical imaging equipment. A piezoelectric microphone is used in these devices to detect pressure variations in sound waves, which can then be converted to an electrical signal for processing. 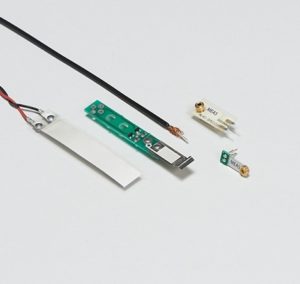 One of the simplest applications for piezoelectricity is the electric cigarette lighter. Pressing the button of the lighter releases a spring-loaded hammer into a piezoelectric crystal. This produces an electrical current that crosses a spark gap to heat and ignite gas. This same piezoelectric power system is used in larger gas burners and oven ranges. 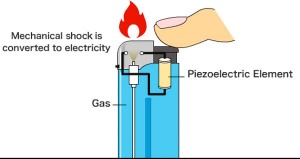 Piezoelectric crystals are perfect for applications that require precise accuracy, such as the movement of a motor. In these devices, the piezoelectric material receives an electric signal, which is then converted into mechanical energy to force a ceramic plate to move.

Piezoelectricity and the Future

What does the future hold for piezoelectricity? The possibilities abound. One popular idea that inventors are throwing around is using piezoelectricity for energy harvesting. Imagine having piezoelectric devices in your smartphone that could be activated from the simple movement of your body to keep them charged.

Thinking a bit bigger, you could also embed a piezoelectric system underneath highway pavement that can be activated by the wheels of traveling cars. This energy could then be used light stoplights and other nearby devices. Couple that with a road filled with electric cars and you’d find yourself in net positive energy situation.